Alberto Galindo is Emeritus Professor of Theoretical Physics, Ph.D. Physics Universidad Complutense de Madrid. President of the Royal Academy of Sciences of Spain, member of the Royal Academy of Medicine of Spain and member of Academia Europea. Member of the first Scientific Council of the Erwin Schrödinger International Institute of Mathematical Physics, Viena (1991-1993). Co-founder and first director of Grupo Interuniversitario de Física Teórica (GIFT, 1968-70, 1974-76). Medal award from the Royal Spanish Society of Physics and Chemistry. Recipient of the National Prize for Physics of Spain and Santiago Ramón y Cajal Prize for Research. Co-authored more than 160 research papers in international and national journals and several books on theoretical physics and mathematics. 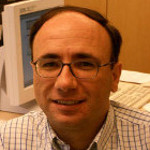 Miguel A. Martín-Delgado is Ph.D. Physics Universidad Complutense de Madrid. He has directed or participated over 20 research projects, nationally and internationally (EU and USA). Co-authored more than 125 research papers on areas such as quantum informationa and strongly correlated quantum systems, supervised 4 theses (4 ongoing). Currently, he leads the Research group on Quantum Information and Computation (GICC) at UCM and is head of the Master on Theroretical Physics, devoted to quantum information courses. He is corresponding member of the Royal Academy of Sciences of Spain. General coordinator of the research consortium QUITEMAD (QUantum Information TEchnologies MADrid). Scientific Editor for journal Scientific Reports (area of Quantum Physics) of Nature Publishing Group (NPG, nature.com). 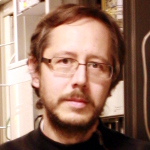 Vicente Martín is associate professor of Computational Science at the Universidad Politécnica de Madrid (UPM). Ph.D. Physics Universidad Autónoma de Madrid on the numerical simulation of quantum systems. Founding member of the Specialized Group in Quantum Information and Computing of the Spanish Royal Society of Physics and of the Quantum Industry Specification Group at ETSI, where he has participated in several group specifications. His main research interests are the classical postprocessing in quantum cryptography protocols, the integration ofQKD in conventional networks and the applications of High Performance Computing, specially to physics processes and its analysis through visualization techniques. Currently leads the Research group on Quantum Information and Computation Group (GIICC) at UPM and the effort to build a QKD network prototype, that was funded by Telefonica Research and Development and the Spanish Ministry of Trade and Industry under the CENIT Segur@ project. He was also the director of CeSViMa, the Supercomputing and Visualization Center of Madrid during 4 years. Currently is the CCS Director. 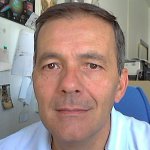 Luis Robledo is associate professor of Physics at the Universidad Autonoma de Madrid (UAM). He was awarded a Ph. D. degree in Physics by the UAM for a work in theoretical nuclear structure involving sophisticated numerical simulations of strongly correlated quantum systems. His main research interest is the solution of the quantum many body problem in strongly correlated systems including the atomic nucleus, systems in condensed matter, quantum simulations and quantum computation. He has taught several Computational Physics courses at the Master and Doctoral level at UAM. He has authored or co-authored more than 150 research papers in international journals.