The Center consists of several research groups scattered in different schools and universities in Madrid. Each group has its own facilities (offices, laboratories, etc.), but the Center also share a common area at the E.T.S. Ingenieros Informáticos,UPM, room 5007 (building 5th, ground floor), in Campus Montegancedo (see contact information and directions for further information). 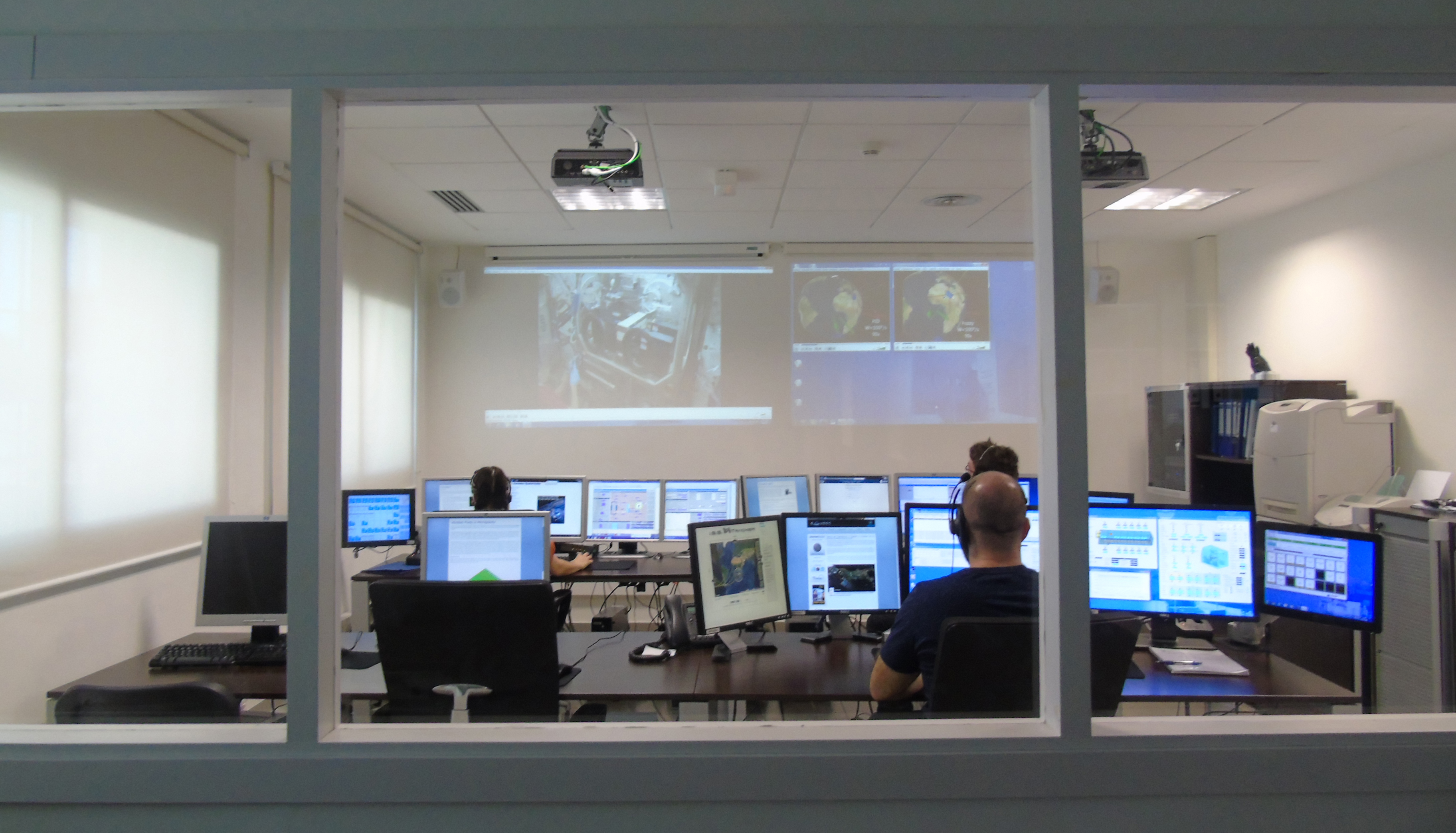 The E-USOC is one of the groups forming the CCS. They have different facilities of their own, including a Control Room (This is the heart of E-USOC, where the Ground Controllers (GCs) and trained Operators (OPS) carry out their duties related to the operation of experiments (or payloads, in aerospace terminology) on board the International Space Station (ISS)); a Clean Room (which accommodates a 21 m2 clean room complemented with a gray room (anteroom). It is mainly used to host the Engineering Model (EM) of experiments in the IIS, along the experiment preparation and operation phases), a Ground Station (composed by the set of antennas, rotor, radio and computer), and a Fluids Laboratory (with machining tools, and various electrical and optical equipment like a high-speed camera (Redlake MotionPro X3) and an infrared LASER (HSI 5000)).

The CCS is also a heavy user of the Madrid Supercomputing and Visualization Center (Centro de Supercomputación y Visualizacion de Madrid, CeSViMa). CeSViMa is a UPM facility and has one of the largest computers in the country. With close to 5.000 cores it was the fastest computer in Spain in 2011, according to the Top500 list. CeSViMa allows the Center to participate in projects that would have been impossible otherwise.

CeSViMa has provided supercomputing services to hundreds of projects since it was started in 2005. The positive impact of this type of centers on their hosting universities is widely acknowledged and has been the subject of many publications. It is also well documented that the strongest the research involvement of the center, the larger the return of the investment for the University.