Energy efficiency in IT 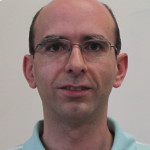 José Manuel Moya is associate professor in the Electronic Enginnering Dept. at UPM. He received his M.Sc. and Ph.D. degrees in Telecommunication Engineering from the Technical University of Madrid, Spain, in 1999 and 2003, respectively. He has participated in a large number of research projects, many of them with industrial participants (more than 20 projects in the last 5 years), in the fields of energy efficiency in data centres, embedded system design and optimization, and security optimization of embedded systems and distributed embedded systems. In these fields, he co-authored more than 80 publications on prestigious journals and conferences. He is member of the HiPEAC European Network of Excellence and the Spanish technological platform Planetic. He has served as TPC member of many conferences, including DATE (currently member of the Steering Committee), VLSI-SoC, IEEE ICC, IEEE MASS, IEEE GLOBECOM, DCOSS, IEEE ISCAIE, IEEE CENCON, RASAS, etc. His current research interests focus on proactive and reactive thermal-aware optimization of data centres, and design techniques and tools for energy-efficient compute-intensive embedded applications. 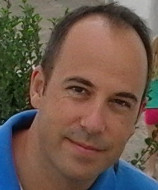 José Luis Risco was born in Don Benito, Spain. He received the M.S. in Physics (1998) at the Complutense University of Madrid, and his Ph.D. degree at the same University (2004, with highest honors). In November 2006, he joined the Department of Computer Architecture and Automation, Complutense University of Madrid (Madrid, Spain), where he is now an Associate Professor. Previously he was Assistant Professor in the Computer Science Department at the Colegio Universitario de Segovia (Segovia, Spain) from 1998 to 2000, and Assistant Professor in the Computer Science Department at the C.E.S. Felipe II de Aranjuez (Aranjuez, Spain) from 2000 to 2006. He has served as paper reviewer, session chair, and conference organizer in different organizations. Prof. Risco-Martín is author of a book on netcentric system of systems engineering, another one on solved problems in digital design and over 100 articles in different venues. He has collaborated in the organization of different conferences in the area of modeling and simulation. His research interests are focused in the areas of Discrete Event Modelling and Simulation, High Performance Computing, and Soft Computing (with special focus in Discrete Optimization and Evolutionary Computation). 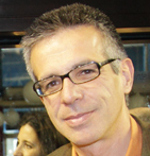 Juan Antonio Hernández Ramos is Professor in the Applied Mathematics Department in the Aerospace and Aeronautical School (UPM). He received his Bachelor Degree in 1986 in the UPM, as well as his Ph.D. in Numerical Simulation in 1990, with highest honors. He was appointed director of CES CEU Architecture (UPM) in 2002, holding the position until 2013. As a result of his relationship with the School of Architecture, he was a founding partner of IntelliGlass S.L., a technology-based company, whose goal was to develop high energy performance water-flow glazed façades for buildings. His research experience is related to numerical simulation and high order numerical schemes for thermo-fluid-dynamic problems. He has participated in a large number of research projects in Energy Efficiency in buildings at National and International level, such as the European Program Horizon 2020. As a result of his research he has published papers in high impact factor journals along with different patents.